VARKALA
Home
Varkala
About Varkala
History
History
Varkala is situated about 50 km from Thiruvananthapuram and 35 km from Kollam.  It was known as the Southern Varanasi or Thenkasi owing to the presence of ancient Janardhana Swami temple here. The place was also called Udaya Marthandapuram, commemorating the contributions of Udaya Marathanda Varma, a Travancore King, to the development of Varkala. The king in 1762 built rows of houses in the obscure sea side village of Varkala in order to make the local Brahmins settle here.

There are several stories and legends related to the birth of this place. One such story is related to the construction of the Janardhana Swami temple.  Lord Brahma instructed one of the Pandyan Kings to build a temple in order to redeem his souls from the sins he has committed. In his dreams the king received a prophecy which suggested Varkala as the location to build the temple.

The name of the place is attributed to another legend of Sage Narada. According to this legend, Sage Narada was visited by the nine prajapathis who told him that they had sinned. He threw his valkalam (garment made of tree bark) to earth. Narada told the prajapathis to go there and pray for their redemption. Since then the scenic village were the valkalam fell was called by the name Varkala (derived from valkalam).

Varkala was known to ancient foreign traders, says many historical documents. The place had been referred to as `Balita’ in The Periplus of the Erythraean Sea, the ancient Greek manuscript describing navigation and trading opportunities.
Nidra Yog Foundation:

Destination Theme
Yoga Retreats, Beaches,
Best Suited For
Families, Couples and Tourists.
Recommended Duration
Two to five days, yoga retreat by nidra yog foundation varkala. ayurveda retreat.
Varkala is a coastal suburban town in Thiruvananthapuram, Kerala. The nearest airport to Varkala is Thiruvananthapram International Airport which is 55 kilometres away from the town. Varkala is one of the few places where cliffs are found adjacent to the vast sea. The town is famous for Sivagiri mutt and the 2000 year old Janardana Swany Temple.

Rankings & Ratings
A warm town in Kerala home to a delightful beach which offers a variety of activities.

. You will find awesome fun activities near the beach. The place offers good Ayurvedic massages and many cultural programmes. All in the family they enjoy during the vacation in varkala

PROS
Ideal place for surfing, parasailing and boating.
Wholesome recreation for the entire family.
Cultural fests and events taking place throughout the year.
The small shacks near the cliff offer a great ambience for evening hangouts.
The beach is not crowded.
CONS
Cliffs might turn slippery during the rains.
The weather is usually quite warm throughout the year.
Not an ideal place to visit during the monsoon.

Itinerary Tips
The Varkala beach is a must visit place and the adventure activities it offers are worth trying.
If you are coming from Kollam side, you can come through the scenic route covering Kappil beach and backwaters.
Carry light cotton clothes because the climate is quite warm and sometimes humid.
Because of many foreign travellers,
The cliff area is lovely with good restaurants and craft shops. But you could also take a short 10-minute tuk-tuk ride along the coast to the north that brings you to Edava, a small fishing community among the palms with an under-developed “Robinson Crusoe-type” beach. You can stay overnight here at an isolated beach cottage and also enjoy good breakfast at the restaurant close-by.
Check if you can get to see any cultural shows. These shows take place throughout the year.
ABOUT VARKALA
Varkala is a small quiet settlement in the suburbs of Thiruvananthapuram district. The town of Varkala has received much attention because of its attractive beach, the 2000 year old Vishnu temple and Sivagiri mutt. One of the legends of Varkala says that a Pandyan King was instructed by Lord Brahma to build a temple at this very place to redeem him of his sins. The waters of the Varkala beach are considered as ‘holy’ by many people.

The Varkala beach is clean and well-maintained offering a beautiful ambience blended with tranqullity. The beach proposes a variety of mood lifting elements like paragliding, water skiing, surfing and boating. The water in the Varkala beach is known for its natural spring water which has many curative values. The Varkala cliffs nears the beach is now a geo-heritage site. Sivagiri mutt, another tourist attraction is a famous ashram founded by phillosopher Sree Narayan Guru. Varkala offers great accommodation facilities for tourists and is becoming a popular health resort many more 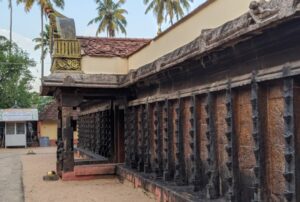 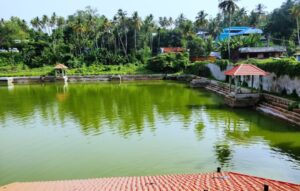 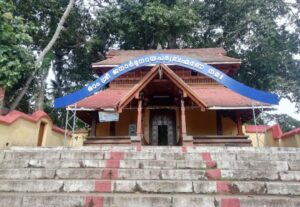 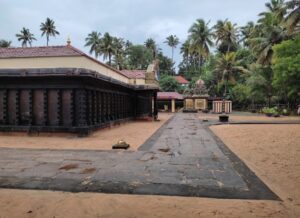 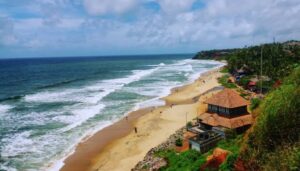 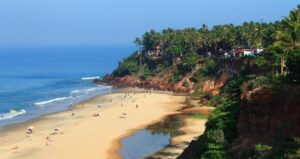